Nathan Reichel brings his passion for the game to the Erie Premier Lacrosse program. He has been the Cathedral Prep Lacrosse Varsity Head Coach for the past five years.  He has led the Ramblers to five straight district and region titles. With the help of his staff, Coach Reichel has developed a long list of players who have played at the DI, DII, and DIII level. Born and raised in Erie, PA Reichel attended McDowell High School where he played lacrosse. He went on to play collegiate lacrosse at Seton Hill University and Mercyhurst North East where he was a midfielder.

Andrew is from Erie, PA and played high school lacrosse at McDowell. He attended Slippery Rock University and managed the lacrosse club program his sophomore – senior seasons. The club team advanced to the Final Four of National Tournament for for straight years. After graduation, Andrew coached high school lacrosse at Cathedral Prep for three years, and is currently coaching at Fairview High School.

Luke is originally from Buffalo, NY and played at high school lacrosse at Bishop Timon-St. Jude. He played collegiate lacrosse at Mercyhurst University and won a National Championship in 2011. After graduation, he began his coaching career with the Navigator JV team. Currently he is the Head Coach at McDowell High School.

Coach Tousaw is the Head Men’s Lacrosse Coach at Mercyhurst North East. The two years prior he coached at SUNY Oswego as the Defensive Coordinator. Under his tutelage the Laker defense went from giving up 10.3 goals per game to 8.2, propelling Oswego to their first post season berth in 9 seasons and their first 10 win season since 1996. Before his time at SUNY Oswego he was the Defensive Coordinator at Division III powerhouse SUNY Cortland, where he helped the Red Dragons to a second round appearance in the NCAA tournament.

During his college career Logan was a two year starter at close defense for Marquette University for the 2014 and 2015 seasons, graduating with a Bachelor’s in the Arts of Communication Studies. During his senior season at Marquette he helped the Golden Eagles to their highest ranking in program history at #9. Logan also played at Onondaga Community College for the 2012 and 2013 seasons. Earning two national championships and two All-American honors while playing for the Lazers. Prior to his two seasons at Onondaga, Logan played at Syracuse University where he redshirted for the 2011 season.

Logan is a graduate of Corcoran High School in Syracuse, New York where he was ranked the #58 recruit in the class of 2010, according to Inside Lacrosse.

Logan was also a member of the 2017 Rochester Rattlers of the MLL.

Coach Snyder is a former player at Mercyhurst University and a current member of the Swedish National team. He has 3 years coaching experience at McDowell.

Coach Simon is currently the Head Girl’s Lacrosse Coach at Villa Maria Academy. She is originally from Buffalo, NY and was a former Women’s Lacrosse player at Mercyhurst University. 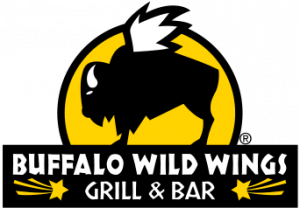